It’s that time of year when temperatures fall, and folks find out if their watering systems are built to withstand the colder

temperatures or if things freeze and break. During the cold season, customers often ask, “In how cold of temperatures will the valves operate?”

So, here are some general tips for Jobe Valve products in cold weather.

In all cases, once the water reaches 32⁰ F (0⁰ C), the valves stop working.

Not only is the water frozen, but the valves have internal parts that are now not able to move properly due to being frozen in ice. Being lightly frozen does not harm the valves – and if thawed naturally (propane torches are not natural) – the valves typically go back to operating normally.  A light freeze is the where the temperatures reach a couple degrees below freezing for a few hours.  Enough to stop the water temporarily, but the water does not sit for days, expand, and break things.

In most cases, the water lines burst before the valves get damaged, but every case is different.  If the valves freeze enough to actually break parts, this is NOT covered under the warranty. The valves are designed to work with water, not ice.

Here are a few recommendations for specific valves.

Megaflow: the Megaflow valve can only be mounted underwater, which, if regulations allow, is the best method for stock tanks. It keeps all plumbing hidden and protected and keeps the valve at the bottom of the tank, which is the last portion to freeze. I’ve seen tanks with several inches of ice on top and a float ball stuck in the ice, but the valve at the bottom is just fine.  Many customers make it part of the daily routine to break the ice each morning. This way the valve can still function, and stock can have access to the new water coming into the tank. I have yet to see ice puncture the Megaflow float.  The float actually has ribbed rings on it so it sticks into the ice and does not pop out under the pressure. It can handle the ice, but if the entire tank freezes to the bottom, there is sure to be some valve damage. Or if the ice pulls the float cord, the tab may break. An easy solution to this is to place a solid object in the tank (such as a 2x4) to prevent the ice from moving. If your tank is round, clamp another small board to the edge to act as a stopper.

Rojo Valve: The Rojo can also be mounted underwater to keep it from freezing, but if it is mounted above water, it IS going to freeze. A few years ago, I had the Rojo tested for pressure. The testing company called me and said, “Yes, it works up to the 150 PSI stated, but we’re at 450 PSI and it’s still holding.” I had asked for testing to the manufacturer’s operating range, and then until leaks appeared. They called me because, for anything over 450 PSI, they had to switch to another machine with added costs. So we just called it good. The bottom line is, if this valve freezes lightly, it can handle it.  But lightly is the key, and there’s no predicting the weather. If the water freezes, the float can also be subject to getting moved by the ice, which could break the arm. So, this valve, mounted above water in freezing conditions, is bound to have a broken arm.

Topaz Valve: This valve will also mount above or below the water. When mounted above water, this valve has a unique feature: the Frost Pro port. For those who are not familiar, it’s the bolt on the top of the valve. Simply remove it, and insert a Frost Pro. It allows for a steady slow trickle of water out of the valve body. This is the best suggestion for freezing when the valve is above water. The slow trickle keeps water moving through the valve, as well as through the incoming line, and this slow trickle goes a long way in preventing freezing. It’s not an automatic on/off, so the user needs to turn it on and off, but it really does a good job in preventing some freezing during light freezes. There are videos to show this unique feature (https://www.youtube.com/watch?v=4OS9lhmjeaU&feature=youtu.be ). We do NOT say this item prevents freezing altogether, Variables such as incoming water temperature and frequency of the valve actually opening play a role in this. But it does aid in the prevention of freezing quite well. Keep this information in mind as we enter these freezing months, and stay warm out there! 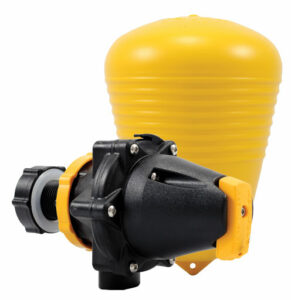 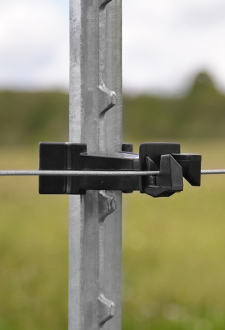 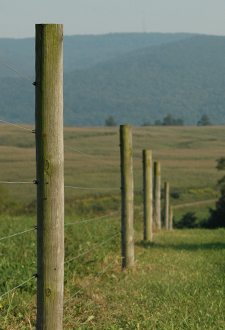 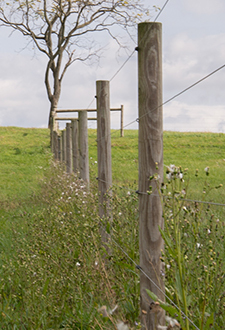 Volts vs Amps and Other Electric Fence Lingo